The socially-distanced strings of the Vassar College Orchestra, under the direction of Eduardo Navega. Monday, November 23 at 8pm. 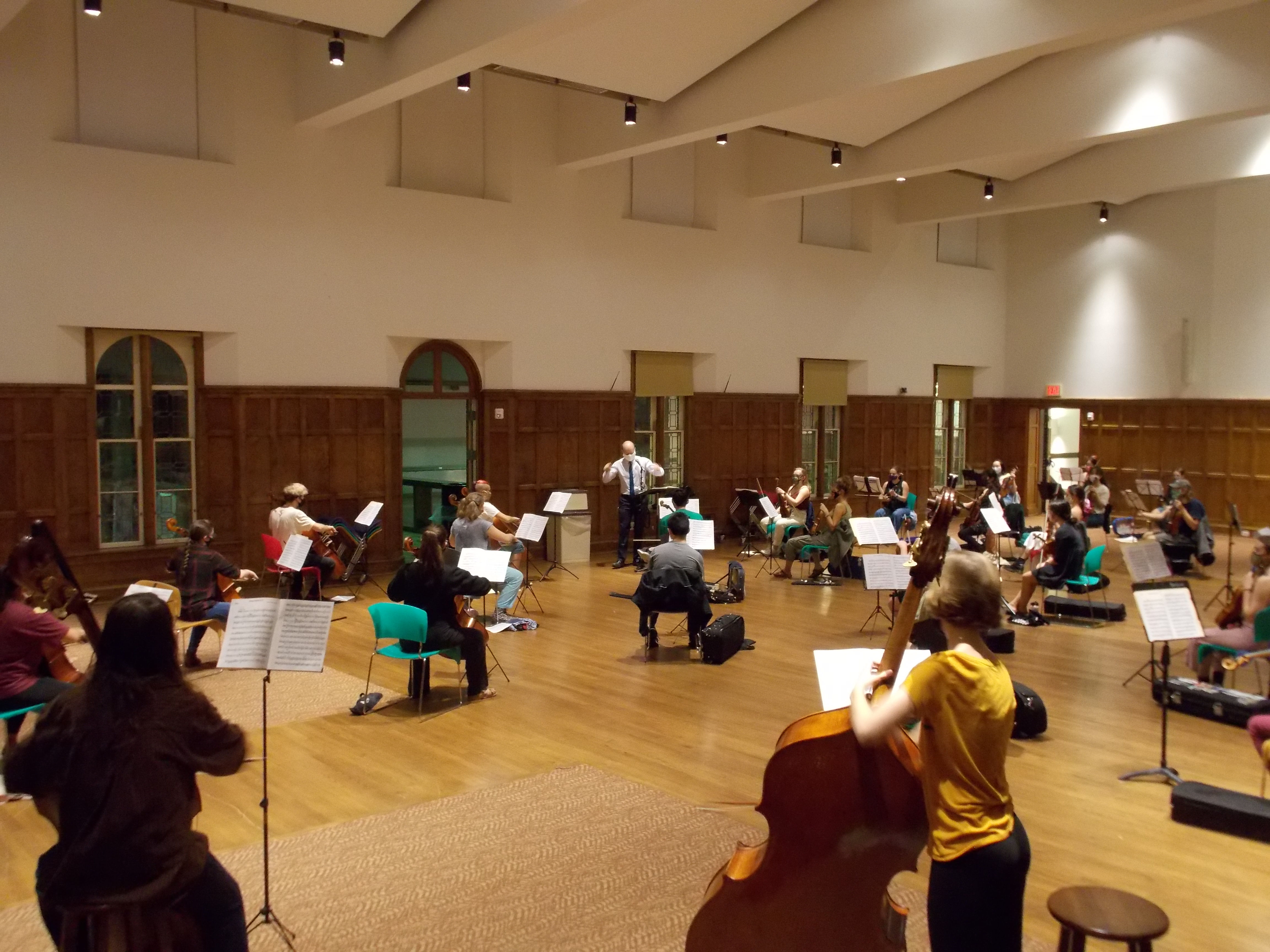 Excerpts of Antonín Dvořák's Serenade for Strings in E Major and the Sonata in D Major by Antônio Carlos Gomes will be performed by the socially-distanced strings of the Vassar College Orchestra, under the direction of Eduardo Navega. While there are current size restrictions on gatherings, the full orchestra has divided its rehearsals into sections. The strings have been rehearsing in the VC Villard Room, all players seated eight feet apart, and are ecstatic to be able to play music together during these complicated times. This innovative pre-recorded webcast will be available online beginning Monday, November 23 at 8pm.  LINK TO RECORDING.

Senior Lecturer in Music and Director of Orchestral Activities

Eduardo Navega, a native of Brazil, began his musical studies in Sao Paulo. He received his Bachelor degree in Composition and Conducting from the State University of Campinas (Brazil), his master’s degree in music from the University of Sheffield (England) and his artist diploma in orchestral conducting from the Hartt School of Music, Hartford (USA). Mr. Navega’s conducting teachers include Benito Juarez, Henrique Gregori and Harold Farberman. From 1978 to 1989 he was conductor of the University of Sao Paulo Choir. During this period he wrote a significant number of arrangements of Brazilian popular songs for choir, most of which are still in the repertoire of choirs throughout Brazil.

Mr. Navega joined the Campinas Symphony Orchestra as a viola player in 1987 and two years later became its Assistant Conductor, a post he held until 1997. He was Assistant Professor of Choral and Orchestral Conducting and conductor of the Symphony Orchestra at the State University of Campinas in Brazil from 1991 to 1997. In 1995 Mr. Navega was awarded the prize of “Up and Coming Conductor of the Year” by the APCA, a prestigious critics association in the State of Sao Paulo, Brazil.

During the period from 1992 to 1993 Mr. Navega was the conductor of the University of Sheffield Chamber Orchestra, and received public and critic acclaim for his performances. He has guest conducted the Varna Philharmonic Orchestra (Bulgaria) as well as a number of Choirs and Orchestras in the Brazilian States of Sao Paulo, Minas Gerais, Parana and Rio de Janeiro. In the field of modern music, Mr. Navega has conducted a number of World Premieres by important contemporary composers such as Livio Tratemberg, Cirio Pereira and Antonio de Almeida Prado among others. 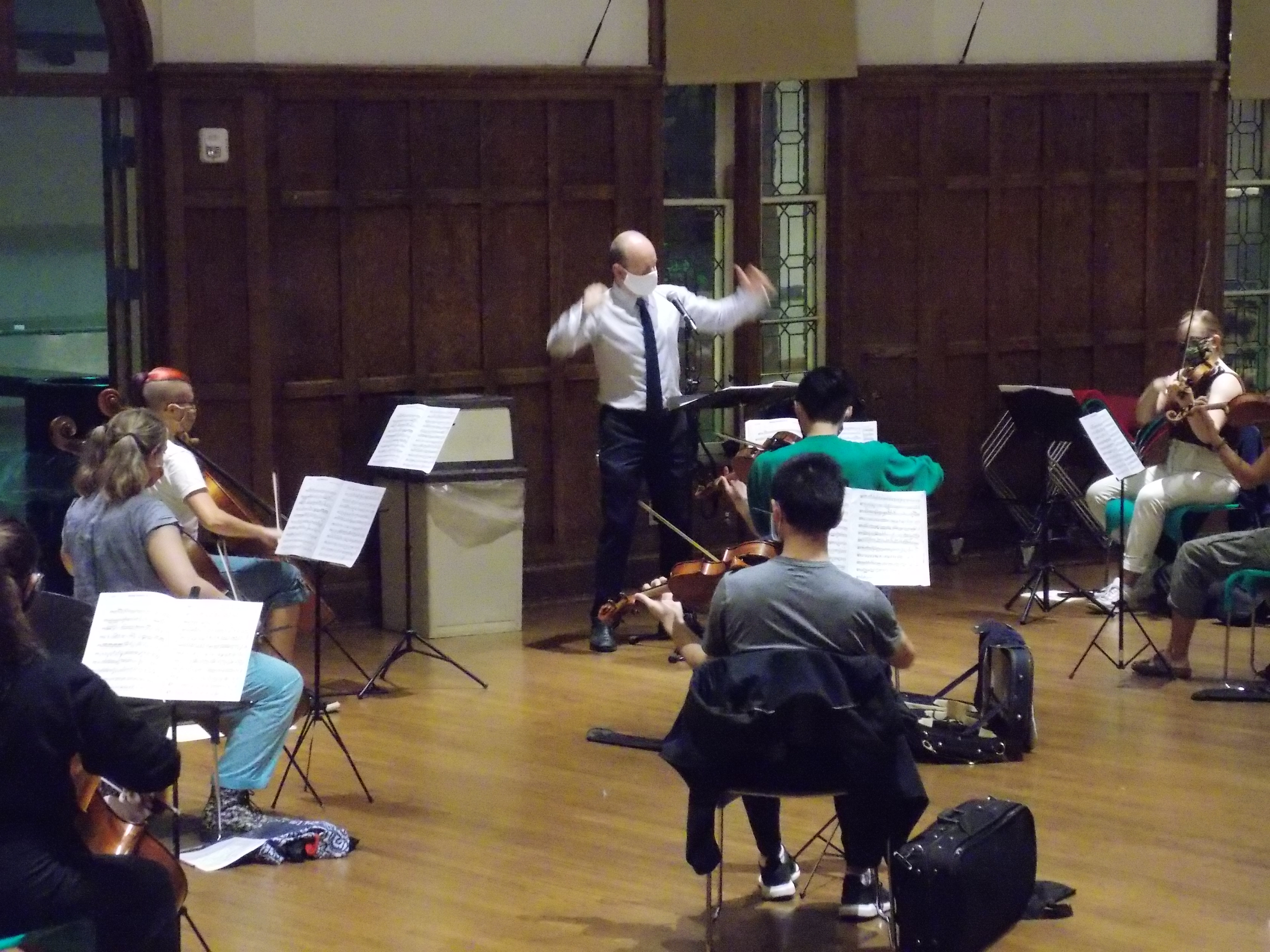 Mr. Navega has conducted a number of Opera productions in Brazil and the United States. He has been Director of Orchestral Activities and conductor of the Vassar College Orchestra since 1999. Mr. Navega teaches at The Conductors Institute at Bard College, one of the most prestigious Summer programs for conductors in the U.S. 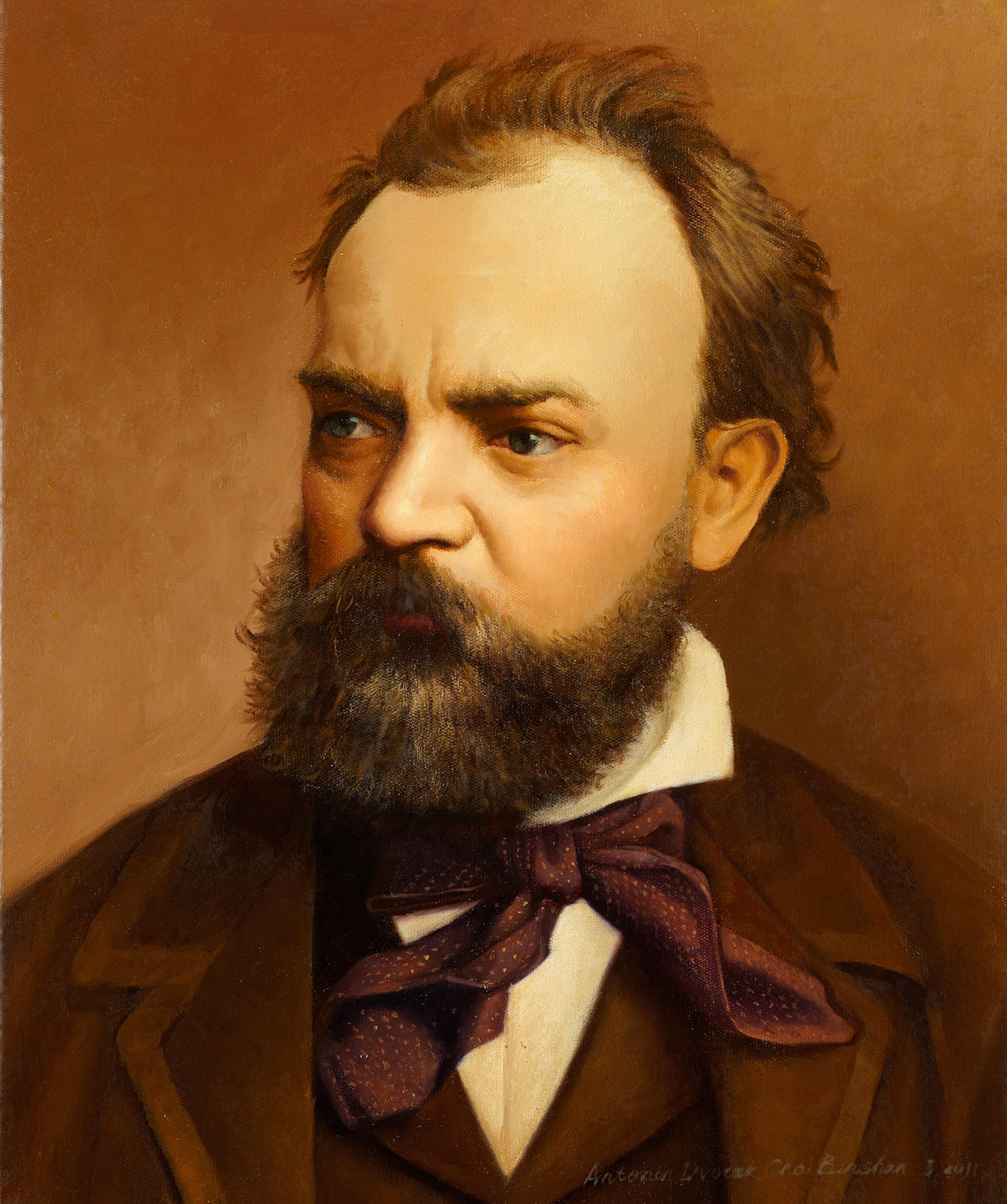 Dvořák was the eldest son of an innkeeper in Nelahozeves, a village some 15 km north of Prague. He began his musical education in the village school in 1847 and made good progress on the violin. Contrary to accounts in many standard biographies, his parents did not intend him to be a butcher but did what they could, with severely limited means, to encourage his musical talents. He studied the organ in both Zlonice (1853–6), where he also had lessons in music theory and figured bass, and Česká Kamenice (1856–7). In the autumn of 1857 he enrolled at the Organ School in Prague, graduating second in his class in 1859. Having performed as an orchestral viola player in Prague from 1857, he joined Karel Komzák's dance orchestra in 1859 and continued to work with this group when it came to provide the basis of the new Prague Provisional Theatre orchestra on its opening in November 1862. Dvořák stayed with the theatre orchestra until the summer of 1871, acquiring a solid knowledge of French grand opera, operetta, Verdi, and Mozart.

Dvořák's first serious compositions, including chamber music, a song cycle (Cypresses), a cello concerto, and the first two symphonies, date from the early to mid-1860s. With his first-hand experience of the growing Czech operatic repertory it is unsurprising that he also turned to opera, composing Alfred to a German text (1870) and the comedy Král a uhlíř (‘King and Charcoal-Burner’, 1871). The latter was rejected as too difficult for the company during rehearsals at the Provisional Theatre in 1873; a much simpler, note-for-note recomposition of the score was given there with moderate success in 1874. On leaving the theatre Dvořák supported himself by teaching. During the next two years he became known in the Czech musical salons of Prague as a composer of chamber music and songs, but he attracted far more public attention with the success of his patriotic cantata Dĝdicové bilé hory (‘The Heirs of the White Mountain’) in 1873. In the same year he married his piano pupil Anna Čermáková. 1874 saw rather more financial independence with Dvořák's appointment as organist of St Vojtĝch (1874–7). In 1875 he was awarded an Austrian state stipendium of 400 gulden, on the basis of 15 compositions including the Third and Fourth Symphonies, which he received for a further three years. This greater pecuniary security unleashed a wealth of creativity: in 1875 alone he wrote the G major (‘Double Bass’) String Quintet, the B♭ Piano Trio, the D major Piano Quartet, four Moravian Duets, the E major string Serenade, the Fifth Symphony, and the five-act grand opera Vanda.

The E major Serenade for string orchestra was written in the first two weeks of May in the year 1875 and performed in Prague on 10 December 1876. It is scored only for strings and has for many years formed a major item in the string orchestra repertoire.

The first movement opens with music of delicate charm, breathing something of the spirit of a Schubert quartet, particularly in the middle section of this ternary movement; it may be heard complete on Audio 1. This is followed by a waltz, with a more restless trio. The Scherzo starts with a melody of great liveliness, followed by a second theme of more romantic pretensions and a further melody of considerable beauty, before an extended passage leads back again to the opening melodies. A Larghetto of great tenderness and yearning, recalling in outline the trio of the second movement leads to the finale in which there are references both to the Larghetto and to the first movement. This brings, in conclusion, still more of the spirit of Bohemia, with which the whole Serenade is imbued. 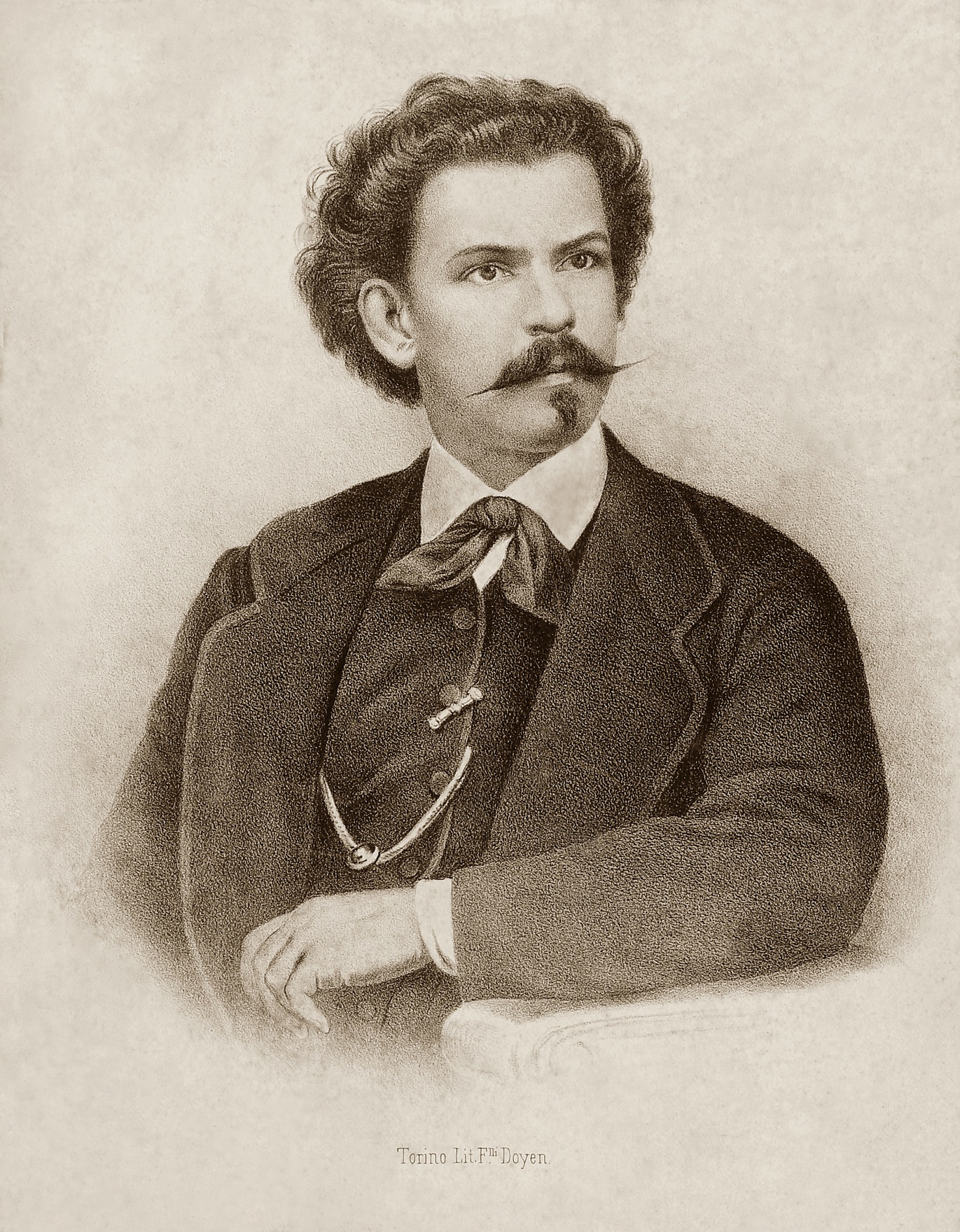 Gomes studied with his father, a bandmaster, and began composing at the age of 15. He then entered the conservatory at Rio de Janeiro, where in 1861 he wrote his first opera. Two years later he went to Italy on an imperial scholarship to study at the Milan Conservatory. There he embarked on a highly successful career as a composer of operas in robust, lyrical Italian style. His best-known work, Il Guarany, was produced at La Scala in 1870. About 1890 Gomes returned to Brazil, but his monarchist leanings made him unpopular with the new republic, and no significant appointment came his way until a few months before his death, when he was appointed director of the Belém Conservatory (1895).