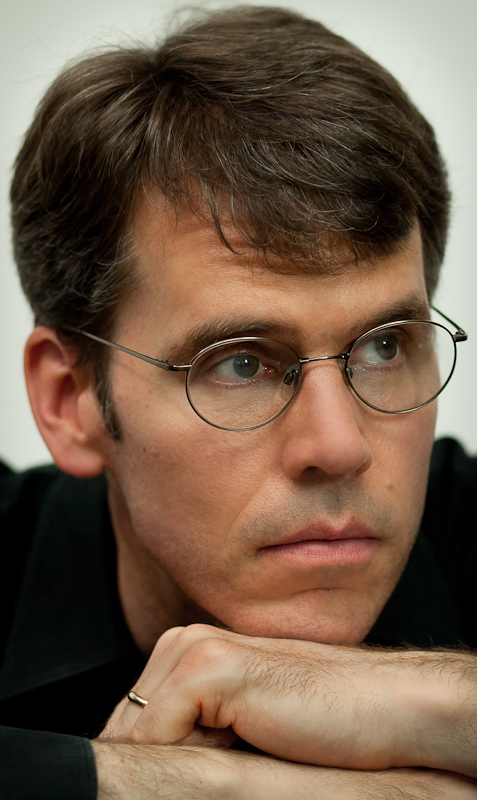 This hour-long recital will open with the early C-minor Piano Sonata by Beethoven, Op. 10, No. 1, followed by the premiere of short works by Robert Cuckson. The program will conclude with a group of works by Chopin, all composed during the summer of 1842: three Mazurkas Op. 50, the G-flat Impromptu Op. 51, and the F-minor Ballade Op. 52.  LINK TO RECORDING. 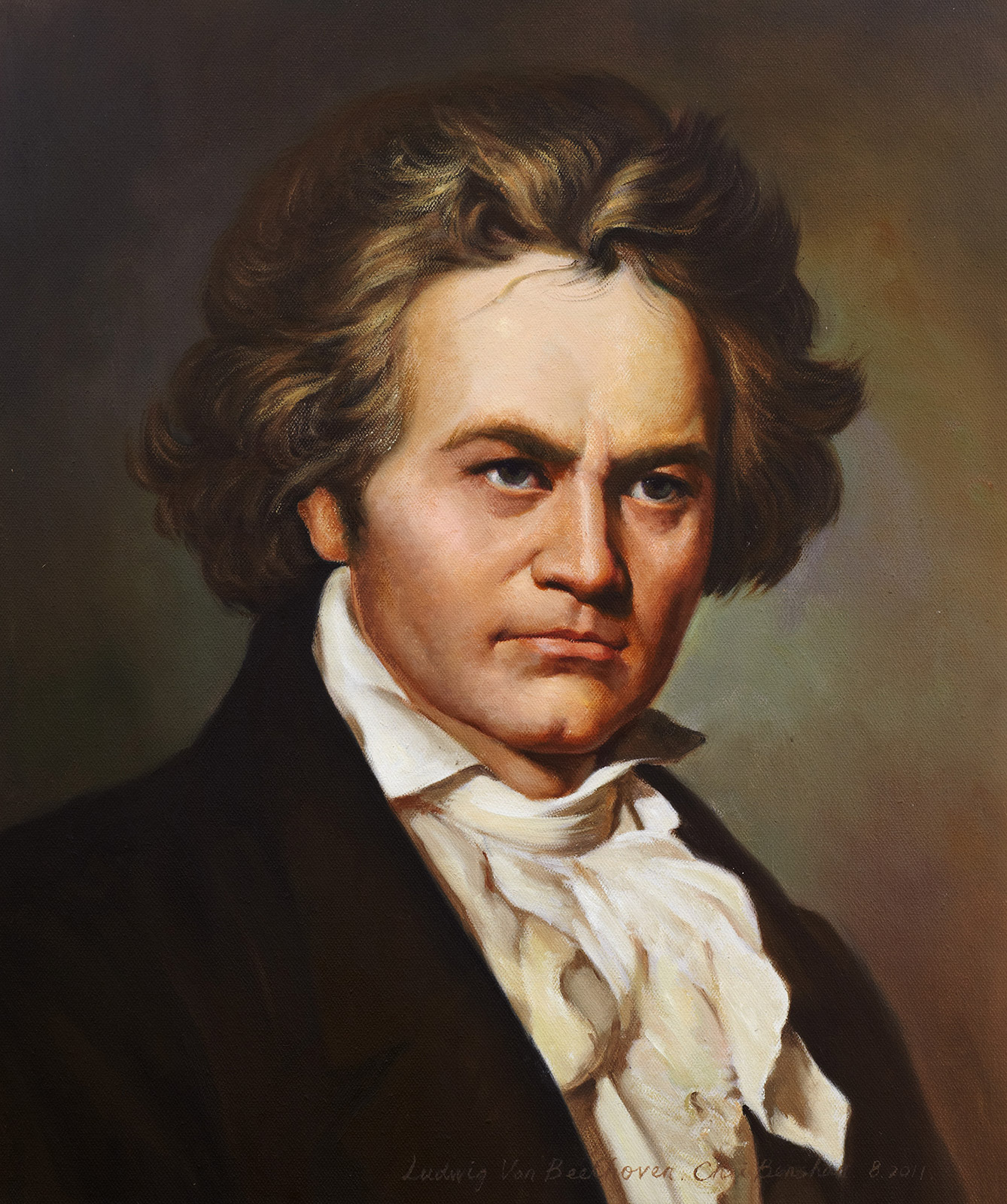 German composer and pianist whose extensive oeuvre marks the consummation of the Viennese Classical style and the inception of many aspects of revolutionary Romanticism. He radically transformed every musical form in which he worked. His paternal family were of Flemish stock, his grandfather having emigrated to Bonn, where he became Court Singer to the Elector. Beethoven's father also became Court Singer, but was a coarse, drunken man, hopeful of exploiting his 2nd child Ludwig's musical talents. Beethoven's early musical education came from his father and several mediocre teachers. In 1779 he became a pupil of Christian Gottlob Neefe and his ass. as court org in 1784. In 1786 he visited Vienna and may have extemporized for Mozart. On return to Bonn he found an understanding patron in Count Waldstein. For 4 years he was a violist in the court th. orch in addition to other duties. In 1792 Haydn, visiting Bonn, saw some of Beethoven's early comps. and invited him to study with him in Vienna. There, despite his brusque and often uncouth manner, he was patronized by the aristocracy and lived for 2 years (1794–6) in the home of Prince Lichnowsky. His fame was entirely that of a virtuoso improviser at the kbd. Lessons from Haydn proved unsatisfactory and Beethoven went for theory to Schenk and later to Albrechtsberger and Salieri. His Op.1, 3 pf trios, was pubd 1795 to immediate success.

Apart from occasional visits to the countryside Beethoven passed the rest of his life in Vienna. For 30 years he prod. music of all kinds. His first public appearance in Vienna was as soloist in his B♭ major pf conc. in 1795. His 3rd Symphony (the Eroica), besides being a work of revolutionary import because it greatly extended the possibilities of symphonic form, was significant because it was originally ded. to Napoleon Bonaparte. Beethoven erased the dedication when he heard that Napoleon had proclaimed himself emperor. In 1805 his only opera Fidelio, originally called Leonore, was performed but withdrawn for rev. after 3 perfs and given the following year in a 2‐act version. His 5th and 6th (Pastoral) Syms. were f.p. at the same concert in 1808 and the 7th appeared in 1813, the year before the successful prod. of the further rev. Fidelio. In 1817 and 1818 he began work on his 9th Sym., which departed from all precedent by including a choral finale for solo vv., ch, and orch, and the Missa Solemnis. These were perf in 1824. From 1824 to 1826 he comp. the last 5 of his 17 str qts.

Beethoven's music may have sometimes been misunderstood in his lifetime but it was never neglected. However, his personal eccentricities and unpredictability were to grow, principally because of his discovery in 1798 that he was going deaf. It was not until 1819 that conversation with him was possible only by writing in a notebook, but in the intervening 20 years his affliction, though it varied in intensity, steadily worsened. Perhaps this is also why he never married, though he loved several women, and one in particular, the still unidentified ‘Immortal Beloved’ (Maynard Solomon, in his Beethoven, 1977, gives convincing but not incontrovertible reasons for believing that she was Antonie Brentano, wife of a Frankfurt merchant. She lived from 1780 to 1869. Beethoven dedicated the Diabelli Variations to her.) An indication of the esteem in which Beethoven was held is that in 1815 Vienna conferred its honorary freedom on him. When he died, his funeral at Währing was a nat. occasion. His grave is now in the Central Friedhof, Vienna.

Beethoven's significance in the history and development of music is immense. He emancipated and democratized the art, composing out of spiritual inner necessity rather than as provider of virtuoso display material. He was not a quick or facile worker—his sketchbooks show how he laboriously developed an idea from sometimes banal beginnings to the final version. His mastery of structure and of key relationships was the basis on which he worked a revolution in the handling of sonata‐form. It is to Beethoven that we owe the full emergence of the symphony as a repository for a composer's most important ideas. He expanded the coda from a formal conclusion to a climactic splendour; he transformed the minuet into the tempestuous, exultant scherzo; he was the first to use ‘motto‐themes’ as a consistent formal device. In his slow movements, music expressed a mystical exaltation that even Mozart had never approached. In the str qt and the pf sonata also, Beethoven extended the medium to a vastly increased technical and expressive degree (though in the case of the pf it was not until his last sonatas that his technical use of the instr went beyond that of his predecessors). It is probably true to say that today his music is the most frequently performed of any composer's. 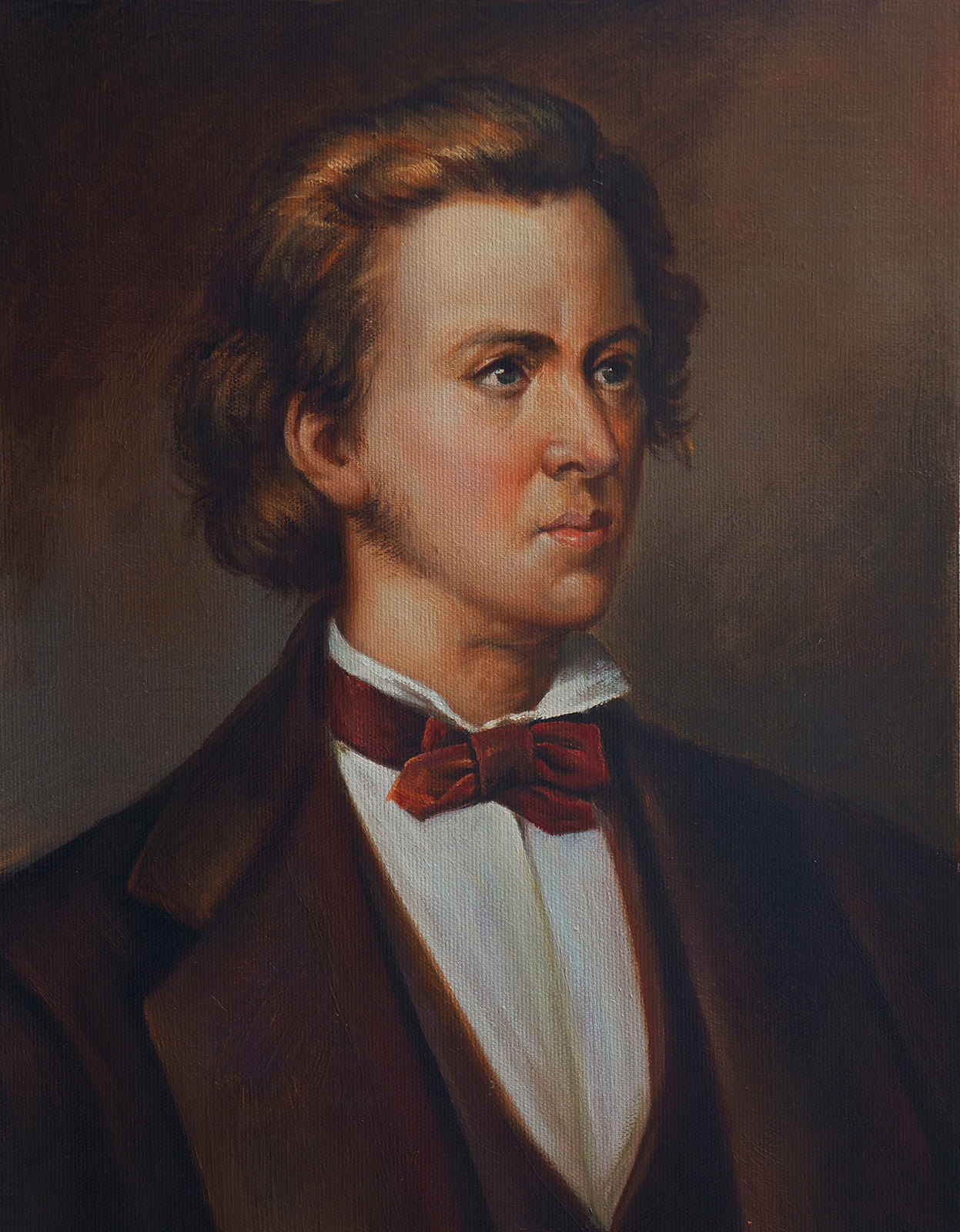 Polish composer and pianist. Son of a Polish mother and French émigré father, and raised in Warsaw, his music combines the characteristics of the folk music of the local countryside, the fashionable salon music of Paris and the bel canto melodies of contemporary Italian opera. Began pf studies with Zywny 1816 and played conc. by Gyrowetz in Warsaw 1818, by then being a favourite in the aristocratic salons. In 1822 began studies in harmony and counterpoint with Józef Elsner, dir. of Warsaw Cons. In 1825 his Rondo in C minor was pubd as Op.1, though it was far from being his first comp. The next year, entered Warsaw Cons. as full‐time music student, leaving in 1829. While student, wrote Krakowiak Rondo. In 1829 comp. his conc. in F minor and gave 2 concerts in Vienna. Played the conc. in Warsaw twice in March 1830 and later in year played E minor conc. Left home late in 1830, travelling via Dresden and Prague to Vienna and giving many concerts. In Stuttgart heard that the Russians had captured Warsaw. Arrived Paris Sept. 1831; became pf teacher to aristocracy, gradually renouncing public career and concentrating on composing. Gave first Paris concert in Feb. 1832 and no other in which he was the principal performer until 1841—it is reckoned he gave barely 30 pub. perfs in his whole career. Became friend of most of outstanding musicians of day. In an essay taking the form of a discussion between Florestan and Eusebius, Schumann hailed the Là ci darem variations, Op.2, with the words ‘Hats off, gentlemen! A new genius!’ In 1836 Chopin met Fr. novelist George Sand and lived with her 1838–47. From 1836 the first signs of the tuberculosis that was to kill him appeared and for the rest of his life he struggled with sickness. After break with George Sand, perf his E minor conc. in Rouen in March 1848 but left for London after the revolution, in need of money. Gave concerts in Manchester, Glasgow, Edinburgh, and London and returned to Paris to die in Oct. 1849.

Although Chopin's pf music is beset with romantic stories and nicknames, he himself insisted on its existence only as absolute music, hence the literal titles that refer only to music forms and are never picturesque, as in Schumann and Liszt. His own playing was both powerful and rhythmically subtle, with astonishing evenness of touch. Taking the name ‘nocturne’ from John Field, he transformed the form, as he did everything, by harmonic imagination and melodic distinction. There are bold, prophetic passages in his music, ornamentation derived from his admiration for It. opera, and, in his Polish works such as the mazurkas and polonaises, a raw passion elemental in its strength. The Victorian conception of Chopin as a consumptive drawing‐room balladeer of the kbd, a conception connived at by lesser pianists, has long been exposed as a false trail leading hearers away from the true, poetic, heroic Chopin. 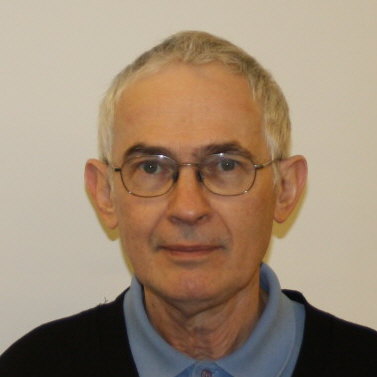 Robert Cuckson was born in 1942 in the U.K., and grew up in Australia. His principal compositions include three chamber operas and several orchestral works, including the Variations for Orchestra, and several tone-poems and concerti. His Piano Trio received a number of performances by the Mannes Trio, including performances for the Philadelphia Chamber Society and at the Salt Bay Festival in Maine. In 2009, he was composer in residence at the Marlboro Festival in Vermont. His song cycle on Yiddish texts, “Der gayst funem shturem,” was performed on the Marlboro Tour in 2010, including performances in Washington, Philadelphia, Chicago and New York, and its recording was released on a “Live from the Marlboro Music Festival” CD.