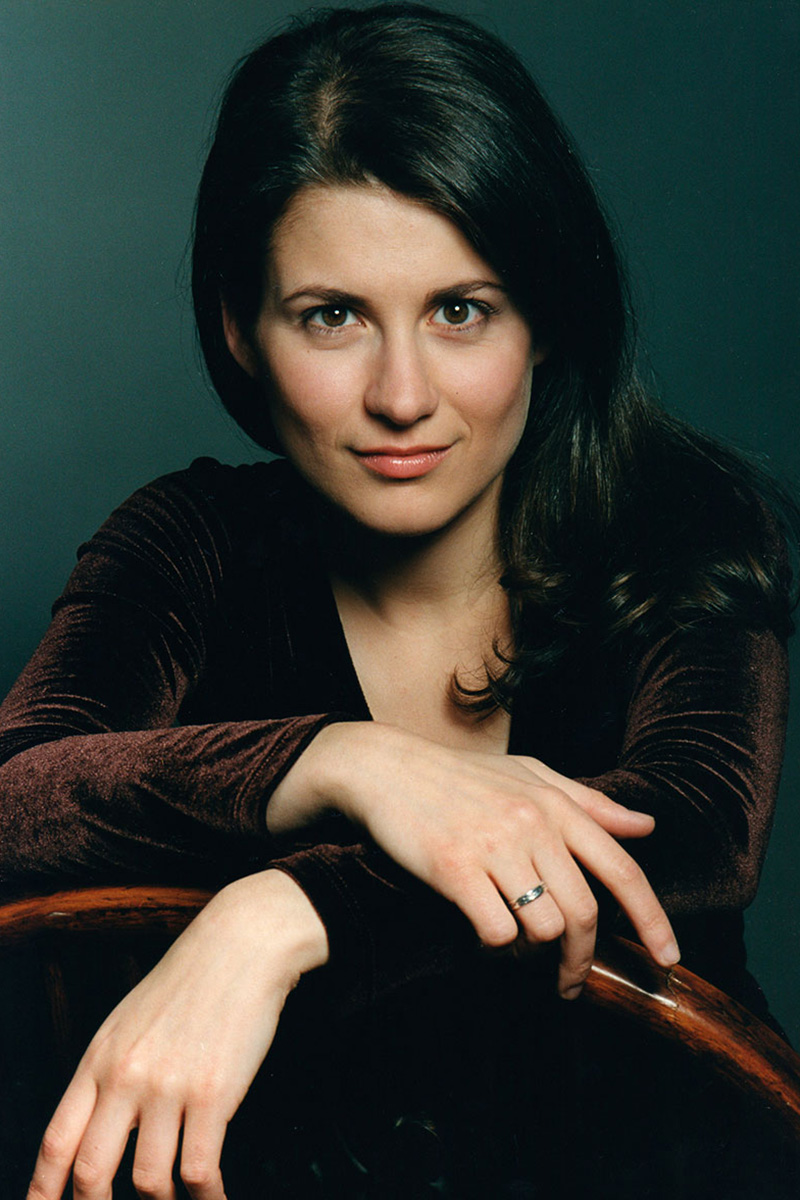 This hour-long recital will feature selections inspired by the repertoire of Ms. Polonsky’s students, including Schumann, Mozart, and others. LINK TO RECORDING.

German composer and critic. He studied law in Leipzig and Heidelberg, but his main passions were music and literature. 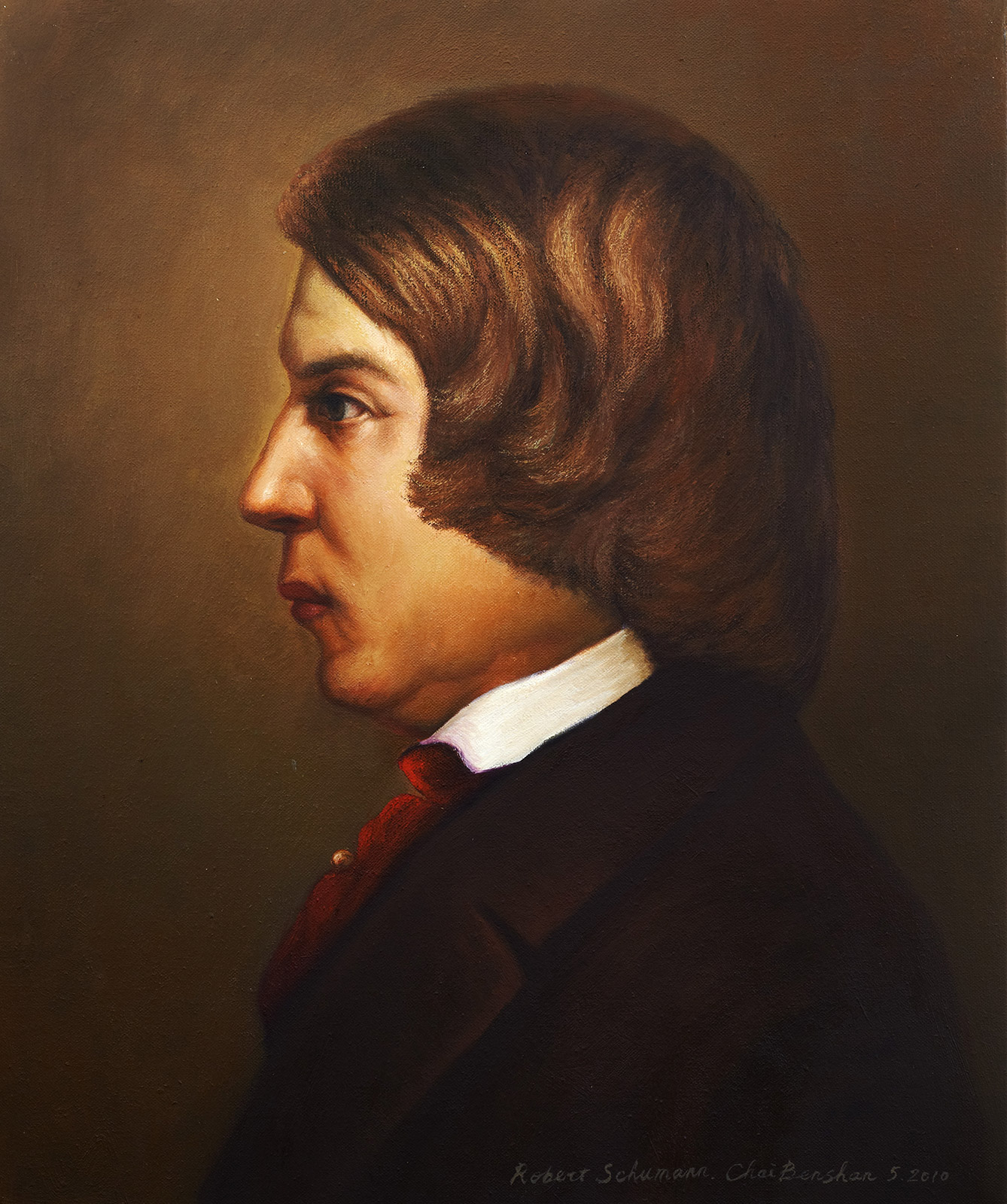 German composer, pianist, conductor, and critic. Studied law at Leipzig and Heidelberg Univs., but main interests were music and Romantic literature, e.g. Jean‐Paul Richter. In 1828 met Clara Wieck, to whose father Friedrich he went for pf lessons in 1829, lodging with him and beginning to compose. In 1832 permanently injured hand by device he had invented to keep 4th finger immobile while practising. Was already contributing music criticism to Ger. papers and in 1831 called attention to Chopin's genius. Depressed by music situation in Ger., founded ‘David Club’ in 1834 to fight artistic philistines, and periodical Neue Zeitschrift für Musik, which he ed. for 10 years. In writings and comps., gave himself dual personality: Florestan for his impetuous self and Eusebius for his contemplative side. In 1838 visited Vienna and discovered MS of Schubert's ‘Great’ C major sym., which he sent to Mendelssohn. Married Clara Wieck 1840 after long opposition from her father, this being followed by outpouring of songs and song‐cycles. In 1841 concentrated on syms., in 1842 on chbr music, and in 1843 choral works. Taught comp. at Leipzig Cons. Toured Russia with Clara, 1844. On return had severe attack of depression. Moved to Dresden in search of quiet, living there until 1850. In 1846 Clara gave f.p. of his pf conc. and Mendelssohn cond. f.p. of 2nd Sym. In 1850 moved to Düsseldorf in hope of earning more by conducting, but was not a success. Met 20‐year‐old Brahms in 1853, acclaiming him in article ‘New Paths’. The next year his mental health failed and he threw himself into Rhine, but was saved and taken to private asylum where he lived another 2 years.

Schumann was one of the greatest composers for pf, enriching its literature with a series of poetic works in which classical structure and Romantic expression are combined. His vocal and chbr music is of comparable quality, with the freshness, vitality, and lyricism which also characterize the orch works. His orchestration is sometimes criticized for its thickness and lack of fluency, and various attempts have been made to ‘improve’ the scoring, e.g. by Mahler, but the present‐day tendency is to prefer the spontaneity of Schumann's own. His songs, particularly his song‐cycles, are among the glories of Lieder. His works contain many musical quotations and allusions and a number of his themes have been shown to be musical cryptograms. 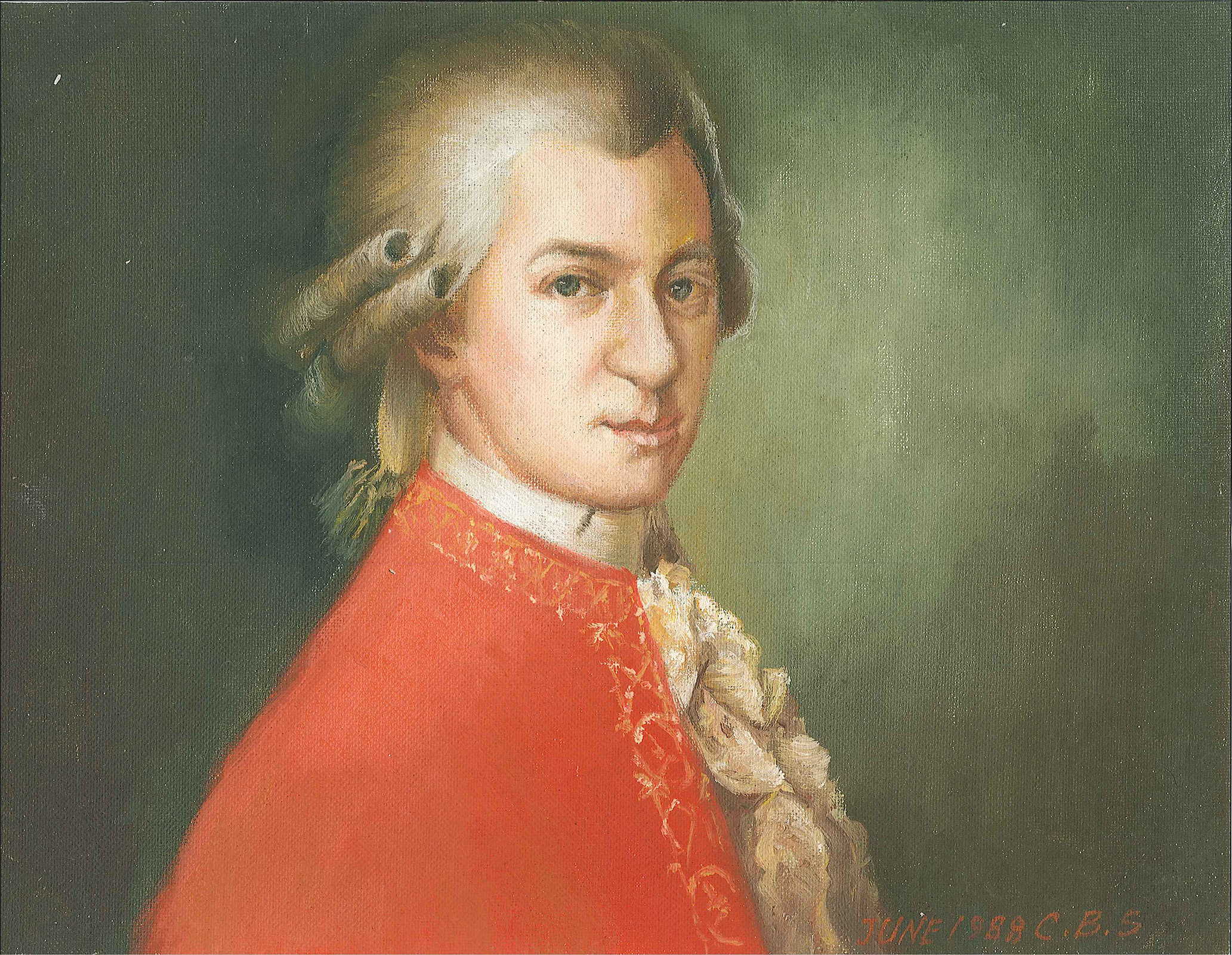 Austrian composer. (His full given names were Johannes Chrysostomos Wolfgang Theophilus, Amadeus being a Latinization of the Greek Theophilus; but he usually styled himself ‘Wolfgang Amadè Mozart’.) He is perhaps the most beloved of ‘classical’ composers, and the one whose life and times are most subject to mythical distortion. His inborn musical ability may have been equalled, but no other feted infant prodigy lived to achieve so much. His powers of assimilation were developed when, on the family's travels, he learnt to cultivate local tastes. At the same time he mastered the universal technical difficulties of musical composition, such as counterpoint, harmony, fugue, variation, instrumentation, and formal planning (of arias, ensembles, sonatas, and rondos); yet all this learning never suppressed the element of fantasy. Mozart excelled in virtually every genre and style. Expert in the composition of entertainment music, he also produced searching works that suggest a sombre, introspective, even fatalistic nature; a supreme exponent of ostensibly ‘abstract’ instrumental design, including such tours de force as the combination of fugue and sonata form, he was also a consummate dramatist. His output is not of equal quality in all forms and in all periods of his short life; but the absence, for instance, of any performed opera between 1775 and 1781, and the virtual absence of sacred music from 1781 to 1790, are explicable by circumstances, rather than by any change in compositional orientation.