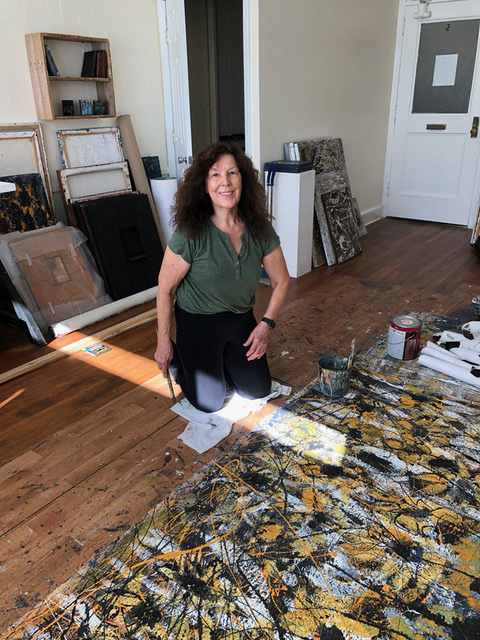 The current Vassar Library exhibition focuses on two related themes in Schreiber-Noll’s work: nature, and nature defiled. The show therefore is divided into two sections. The first presents books by Schreiber-Noll that deal with nature and its beauty. Several different aspects of nature are treated: sun, sky, river, flowers, trees, insects. The second section deals with nature as it has been defiled; in other words, as it has been tainted by human activity and climate change. Here we see the effect of pollution on the earth, on waterways, on plant life, in our habitats. These artist’s books are part of a much larger oeuvre that includes woodcuts, paintings, sculpture, and multi-media. The examples shown here give some indication of an artist at work, trying to express both appreciation and concern for the natural world around us.